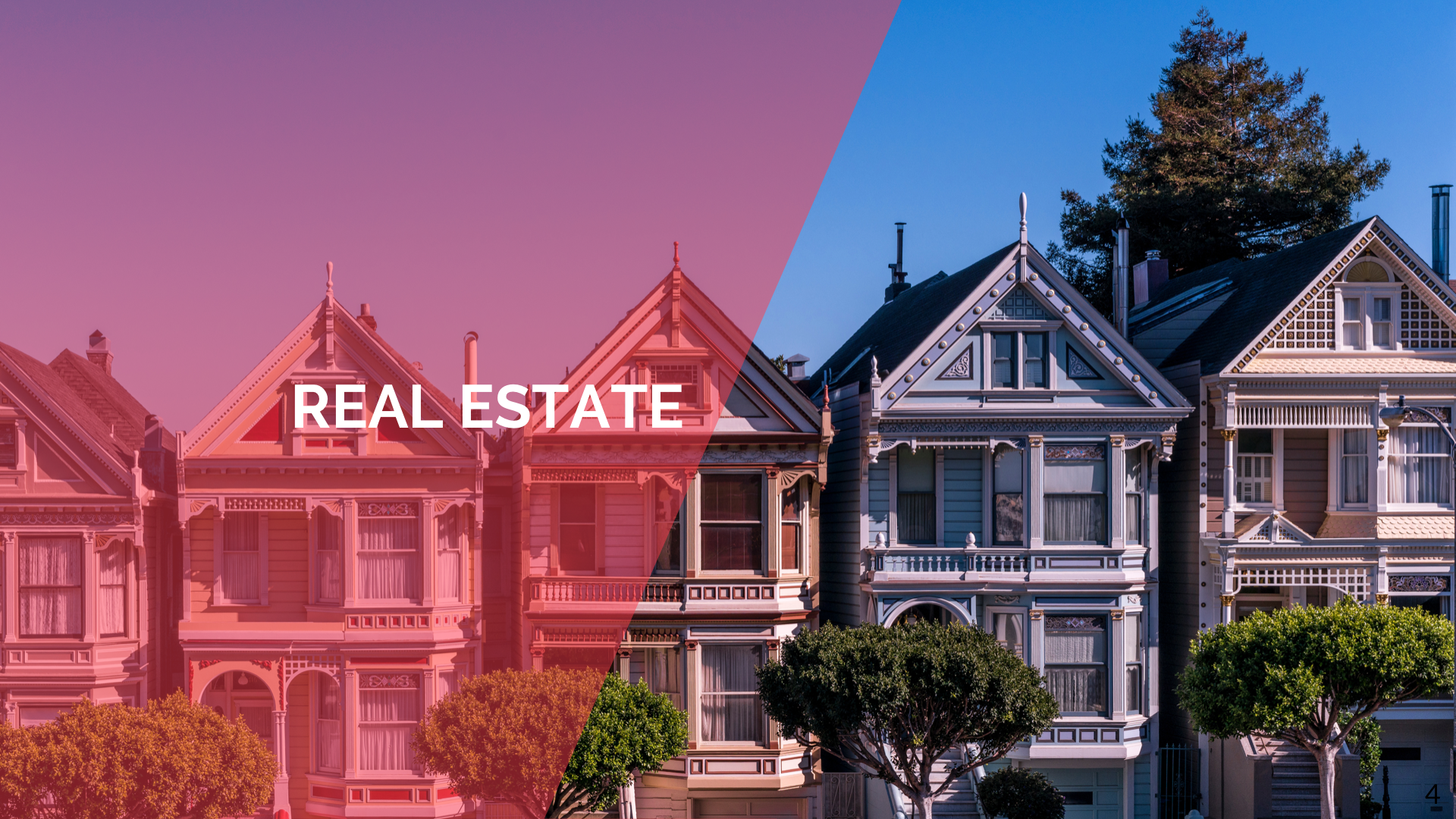 A reconciliation of FFO, FFOA and AFFO to GAAP Net income attributable to common stockholders can be found on Attachment 2 of the Company’s fourth quarter Supplemental Financial Information.

In the fourth quarter, total revenue increased by $14.8 million year-over-year, or 5.8 percent, to $267.7 million. This increase was primarily attributable to growth in revenue from operating and lease-up communities.

For the twelve months ended December 31, 2018, total revenue increased by $51.1 million year-over-year, or 5.1 percent, to $1.05 billion. This increase was primarily attributable to growth in revenue from operating and lease-up communities.

At the end of the fourth quarter, the Company’s development pipeline totaled $779.0 million at its pro-rata ownership interest, and was 99 percent funded. All of the Company’s development communities were in lease-up as of the end of the fourth quarter with weighted average leased and occupied percentages of 85.5 and 84.5 percent, respectively. The development pipeline is currently expected to produce a weighted average spread between stabilized yields and current market cap rates of 150 to 200 basis points.

At the end of the fourth quarter, the Company’s DCP investment, including accrued return, totaled $248.5 million.

During the quarter, the Company completed construction of The Arbory, a 276-home community located in Hillsboro, OR. The Company’s ownership interest and initial investment in the community is 49.0 percent and $16.1 million.

Subsequent to quarter end, the Company exercised its fixed price options and acquired the 51.0 percent approximate interests it did not own in Parallel, a 386-home community completed in 2018 and located in the Platinum Triangle submarket of Anaheim, CA, and CityLine II, a 155-home community completed in 2018 and located in suburban Seattle, WA, from its West Coast Development JV for $45.9 million, net of its accrued preferred return. In addition, the Company paid-off $85.8 million of related construction financing, resulting in a total cash outlay of $131.7 million and a blended all-in investment in the two communities of $183.9 million. At the time of acquisition, average revenue per occupied home was $2,045 at Parallel and $2,083 at CityLine II.

As previously announced, during the fourth quarter, the Company sold Circle Towers, a 46 year-old, 604-home community located in Fairfax County, VA, for $160.0 million or $264,900 per home. At the time of sale, the community had a weighted average monthly revenue per occupied home of $2,092.

Subsequent to quarter end, the Company,

As previously announced, during the fourth quarter, the Company issued,

During the fourth quarter, the UDR/MetLife Joint Venture refinanced the construction loan associated with Vision on Wilshire into a $71.4 million secured 10-year fixed-rate loan at a rate of 4.16 percent.

At December 31, 2018, the Company had approximately $1.3 billion in availability, through a combination of cash and undrawn capacity, on its credit facilities.

Subsequent to quarter end, the Company announced that Jerry A. Davis was appointed President, in addition to his responsibilities as Chief Operating Officer.

In conjunction with this release, the Company’s Board of Directors approved a 2019 annualized dividend per share of $1.37, a 6.2 percent increase over 2018.

For the first quarter of 2019, the Company has established the following earnings guidance ranges:

For the full-year 2019, the Company has established the following earnings guidance ranges:

The difference between the Company’s full-year 2018 FFOA of $1.96 per share and the $2.05 per share midpoint of its full-year 2019 FFOA guidance range is primarily due to:

For the full-year 2019, the Company has established the following same-store growth and occupancy guidance ranges:

The Company offers Supplemental Financial Information that provides details on the financial position and operating results of the Company which is available on the Company's website at .

UDR will host a webcast and conference call at 1:00 p.m. Eastern Time on February 13, 2019 to discuss fourth quarter and full-year results, recent events, 2019 guidance and management’s views on the economy and the apartment industry. The webcast will be available on UDR's website at . To listen to a live broadcast, access the site at least 15 minutes prior to the scheduled start time in order to register, download and install any necessary audio software.

A replay of the call will be available for 30 days on UDR's website at .

Full Text of the Earnings Report and Supplemental Data

The full text of the earnings report and Supplemental Financial Information will be available on the Company’s website at .

Funds from Operations ("FFO") attributable to common stockholders and unitholders: The Company defines FFO attributable to common stockholders and unitholders as net income/(loss) attributable to common stockholders (computed in accordance with GAAP), excluding impairment write-downs of depreciable real estate or of investments in non-consolidated investees that are driven by measurable decreases in the fair value of depreciable real estate held by the investee, gains or losses from sales of depreciable property, plus real estate depreciation and amortization, and after adjustments for noncontrolling interests, unconsolidated partnerships and joint ventures. This definition conforms with the National Association of Real Estate Investment Trust's definition issued in April 2002. In the computation of diluted FFO, if OP Units, DownREIT Units, unvested restricted stock, unvested LTIP units, stock options, and the shares of Series E Cumulative Convertible Preferred Stock are dilutive, they are included in the diluted share count.

Management considers FFO a useful metric for investors as the Company uses FFO in evaluating property acquisitions and its operating performance and believes that FFO should be considered along with, but not as an alternative to, net income and cash flow as a measure of the Company's activities in accordance with GAAP. FFO does not represent cash generated from operating activities in accordance with GAAP and is not necessarily indicative of funds available to fund our cash needs. A reconciliation from net income/(loss) attributable to common stockholders to FFO is provided on Attachment 2.

Management considers NOI a useful metric for investors as it is a more meaningful representation of a community’s continuing operating performance than net income as it is prior to corporate-level expense allocations, general and administrative costs, capital structure and depreciation and amortization and is a widely used input, along with capitalization rates, in the determination of real estate valuations. A reconciliation from net income attributable to UDR, Inc. to NOI is provided below.

Certain statements made in this press release may constitute “forward-looking statements.” Words such as “expects,” “intends,” “believes,” “anticipates,” “plans,” “likely,” “will,” “seeks,” “estimates” and variations of such words and similar expressions are intended to identify such forward-looking statements. Such statements involve known and unknown risks, uncertainties and other factors which may cause our actual results, performance or achievements to be materially different from the results of operations or plans expressed or implied by such forward-looking statements. Such factors include, among other things, unfavorable changes in the apartment market, changing economic conditions, the impact of inflation/deflation on rental rates and property operating expenses, expectations concerning the availability of capital and the stability of the capital markets, the impact of competition and competitive pricing, acquisitions, developments and redevelopments not achieving anticipated results, delays in completing developments and redevelopments, delays in completing lease-ups on schedule or at expected rent and occupancy levels, expectations on job growth, home affordability and demand/supply ratio for multifamily housing, expectations concerning development and redevelopment activities, expectations on occupancy levels and rental rates, expectations concerning joint ventures and partnerships with third parties, expectations that automation will help grow net operating income, expectations on annualized net operating income and other risk factors discussed in documents filed by the Company with the Securities and Exchange Commission from time to time, including the Company's Annual Report on Form 10-K and the Company's Quarterly Reports on Form 10-Q. Actual results may differ materially from those described in the forward-looking statements. These forward-looking statements and such risks, uncertainties and other factors speak only as of the date of this press release, and the Company expressly disclaims any obligation or undertaking to update or revise any forward-looking statement contained herein, to reflect any change in the Company's expectations with regard thereto, or any other change in events, conditions or circumstances on which any such statement is based, except to the extent otherwise required under the U.S. securities laws.

UDR, Inc. (NYSE: ), an S&P 500 company, is a leading multifamily real estate investment trust with a demonstrated performance history of delivering superior and dependable returns by successfully managing, buying, selling, developing and redeveloping attractive real estate properties in targeted U.S. markets. As of December 31, 2018, UDR owned or had an ownership position in 48,860 apartment homes including 817 homes under development or in its Developer Capital Program – West Coast Development Joint Venture. For over 46 years, UDR has delivered long-term value to shareholders, the best standard of service to residents and the highest quality experience for associates.

DENVER--(BUSINESS WIRE)-- UDR, Inc. (NYSE: ), announced today that it will release its fourth quarter and full-year 2019 financial results on Tuesday, February 11, 2020 after the market closes. A conference call will be held on Wednesday, February 12, 2020 at 1:00 p.m. Eastern time. The conference call will be open to the public. During the conference call, company officers will review fourth quarter and full-year results, discuss recent events, provide 2020 guidance, discuss management’s views on the apartment industry, and conduct a question-and-answer period. The question‑and-answer perio...

A director at Udr Inc sold 10,000 shares at 46.720USD and the significance rating of the trade was 56/100. Is that information sufficient for you to make an investment decision? This report gives details of those trades and adds context and analysis to them such that you can judge whether these trading decisions are ones worth following. Included in the report is a detailed share price chart which plots discretionary trades by all the company's directors over the last two years clearly showing Close periods where trading activity is restricted under listing rules. The names of board member...