EUR 850.00 For Business Accounts Only

Shares of Anadarko Petroleum and Noble Energy have underperformed in the past couple of months as Proposition 112 has gained traction in Colorado. If the referendum passes on Nov. 6, it would effectively shut down drilling operations in the state, rendering undeveloped leases worthless. The proposed legislation would ban all activity within 2,500 feet (approximately half a mile) of buildings, playgrounds, amphitheaters, parks, or bodies of water. That's a much higher hurdle than the current setback rule, which only protects land within 500 feet of homes, schools, and hospitals. The Colorado Oil & Gas Conservation Commission estimates that 94% of land in the five counties that account for most of the state's output would be off-limits. In that scenario, no new drilling would occur. But as production from wells already on line would be unaffected, shale production in Colorado would not go to zero overnight.

Previous ballot initiatives aimed at stifling shale activity in Colorado have fizzled out. Proposition 112 does appear to have more momentum, with one poll showing 60% support. But because the fiscal consequences would be devastating, the current initiative has bipartisan opposition (Republican and Democratic gubernatorial candidates are both against extending the setback rule). According to a Common Sense Policy Roundtable study, 43,000 jobs would be lost in the first year of implementation and almost 150,000 jobs could be lost in total by 2030 (77% of which would be outside the oil and gas industry). In addition, lost tax revenue could surpass $1 billion by 2030. Accordingly, we see little chance that Proposition 112 will succeed, and our fair value estimates for both Anadarko and Noble remain unchanged.

Media reporting on the setback issue picked up steam in late July. Subsequently, shares of Anadarko and Noble declined by about $12 and $5, respectively. For the former we assign a value of about $25 per share for Colorado production that could be at risk if Proposition 112 is successful. That suggests that the market is assuming a 50% chance that the legislation passes. But the full value of Noble's DJ Basin operations is $6 per share, and only half of that is potentially at risk (as wells already on line are very unlikely to be be affected). Therefore the market has potentially overreacted in the latter case, although in practice it is impossible to determine how much of the observed decline is actually attributable to the proposed ruling. In any case, both stocks still trade above our fair value estimates, reflecting our bearish take on midcycle crude prices.
03/10/2018 13 EN
Underlying
Noble Energy Inc.
Noble Energy Inc.

​Morningstar, Inc. is a leading provider of independent investment research in North America, Europe, Australia, and Asia. The company offer an extensive line of products and services for individual investors, financial advisors, asset managers, and retirement plan providers and sponsors.

Morningstar provides data on approximately 530,000 investment offerings, including stocks, mutual funds, and similar vehicles, along with real-time global market data on more than 18 million equities, indexes, futures, options, commodities, and precious metals, in addition to foreign exchange and Treasury markets. Morningstar also offers investment management services through its investment advisory subsidiaries and had approximately $185 billion in assets under advisement and management as of June 30, 2016.

We have operations in 27 countries.

See profile
Analysts
Dave Meats
Other Reports on these Companies 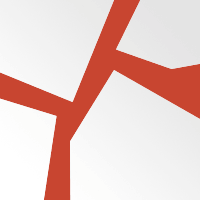 Noble’s ratings continue to be on review for upgrade following Chevron's acquisition of the company on October 5.

Moody's announces completion of a periodic review of ratings of Noble Energy, Inc.

The independent financial analyst theScreener just lowered the general evaluation of NOBLE ENERGY (US), active in the Exploration & Production industry. As regards its fundamental valuation, the title now shows 2 out of 4 stars while market behaviour can be considered risky. theScreener believes that the title remains under pressure due to the loss of a star(s) and downgrades its general evaluation to Slightly Negative. As of the analysis date August 21, 2020, the closing price was USD 10.04 and its target price was estimated at USD 5.10.

Business as Usual for No-Moat Lonza; Specialty Ingredients Carve-Out on Track for 2020

Contract manufacturer Lonza reported solid half-year results, with over CHF 2.9 billion in total sales year to date, up about 6.4% from last year and boosted by foreign exchange tailwinds. Core EBITDA margin expanded 30 basis points from last year to about 27.8%, helped slightly by new accounting standards. Management indicated that it continues to expect mid- to high-single-digit sales growth in 2019. We are maintaining our fair value estimate of CHF 210 per share and our no-moat rating. The ph...

We don't expect any major changes to our AstraZeneca fair value estimate following second-quarter results that largely fell in line with our expectations and slightly ahead of consensus expectations. Overall, the company is posting leading Big Pharma sales growth with total sales up 18% operationally year over year, led by impressive cancer drug sales growth of 57%. Astra's ability to continue to bring next generation drugs to the market that address unmet medical need (especially in oncology) s...